Fat Mo’s Taxi to Huddersfield and other stories of resistance. [working title]

Mo considers the price she has paid, learning to be right. Merv would call it an investment – a cost for a benefit – and it occurs to Mo that in fact she has quite a portfolio of these. Most she has kept in her head, but there are others in the backs of filing cabinets and the bottoms of drawers. Mo reviews some of them: there are letters Merv does not want sent on; the envelopes he does want sent on, and the girl at a house in Huddersfield who pitied her but said nothing. These things are devious, subversive, and wrong; but they are wrong in a way that puts Merv in a different light, one where he is doing the paying.

Linked stories, The Mother’s Son and Home for the Queen, shine a light into some of those around her, including Merv.

They only half do Christmas, he and Sam; maybe because they only half do their own origins, but he has presents for her and the first, safely concealed earlier in the day, is the one he really wants her to like. The others are backups in case she does not. He heads out to his car, a midnight blue Jaguar with leather upholstery, a built-in radio, and just enough of the right paperwork to fool the local idiot constabulary. He walks around it – twice clockwise and twice counter-clockwise – checking as best he can in the ditch water dribble that passes for street lighting, that it bears no sign of the night’s activities, runs a finger over the passenger door handle and peers at it; it seems clean. Then he unlocks the car and opens the door. The interior light comes on which makes his job easier but also picks him out should anyone be passing and not in enough of a bone-chilled hurry to just keep going. He judges the likelihood to be remote, given the derelict nature of the environs; nevertheless he needs to be quick. Merv looks around inside, practiced and expert, he has done it often. The Mother’s Son.

The pavements in the back streets are slippery with a layer of ice crusting the snow that has lain untroubled there since it fell two days ago. Pauline’s little ankle boots, zipped up at the front and with ridged rubber soles, cope nicely. Unlike the maroon patent sling-backs the girl over the road is wearing to totter along on goose pimpled blue legs like a frozen stork. Her skirt is nothing but a flimsy pelmet, a tiny wrap-around no more substantial than a bit of nylon curtain. Pauline tuts to herself. Where was this lass going, dressed like this? Home to her family is where she should be going. Probably she has been out all night at a Christmas party, drinking lager and lime or rum and coke, and ending up in a back bedroom under the coats with a complete stranger pulling at her pants. Pauline thinks she can even see the pants in question. Girls these days, no good would come of it, you only had to look at Mo. Home for the Queen.

A second group, set in The Royal Hospital – an asylum for the mentally defective that becomes an institution for the mentally handicapped, a repository for people with learning disabilities, and finally a crumbling warehouse about to decant its residents into the ill-prepared towns and villages nearby.

Jeff’s feet were turning pink; the kind of pink where you couldn’t feel the floor any more. He lurched a heel forwards and rode it like a ballerina – arms out, trailing leg arabesquing behind him. For a moment, Jeff was an alabaster frieze, a pallid silhouette against tiles the colour of dirty bottles; and then he wasn’t. Fire broke out in Jeff’s knee when it hit the lino. A million volts lit up his cramped-back toes, two million went through his hip with its cracks and runnels no one knew were there, and knives chopped at his deep-freeze sausage fingers. ‘Big boys don’t cry,’ he said through a mouthful of gnarly bangers like you would never get from a shop. The Smell of Hollow Water.

The third group; less linked stories, more resonances of each other: an unnamed nurse plots revenge for half a lifetime, a deaf woman finds God on a beach, powerless Rosa retreats into dissociation and lets her hands take the responsibility, a young couple constructs a truth about the death of their baby.

We’re placing bets again today; and Eric is jangling change in his pockets, like a showman at a travelling fair. Our plastic ducks are the inmates in solitary. They don’t come around often because, frankly, they’re a bit tame. All that ECT and chlorpromazine, aimed at curing what they didn’t have in the first place, rots their brains, eventually. Anyway, Eric is scrawling names on the board with a stub of white chalk; and we’re drinking tea that looks like stew, while he parades his contestants.

‘McTaggart,’ he says. An arm goes up, and Eric writes a name next to McTaggart.

‘Straker,’ says someone else; yuk yukking buddy-bravado. Suddenly, my idea starts to twitch in my head; a wick little grub, flick flicking its new body this way and that. I don’t know what to do yet; or how, but – ‘Give me Boothroyd,’ I say. ‘Two bob to kick off by lights out.’ The Justice Box.

Alice liked how the sea here didn’t just look bright, it felt bright too. As if every part of it were a little crystal that jiggled and jostled its neighbours as the wave went tumbling towards the shore, a chandelier on the move. That other sea was not bright at all; it rolled and heaved, smooth and dark and secretive. It drew you in with its slow thunderous mountains. One slip and you’re mine, it said.

Alice rummaged her toes through the shingle, exposing a scaled-down world of rivers and streams that hurried its cargo of sand grain boulders down the beach. How did this miniature sea feel about being so far away from home? Did it still jostle and jiggle down there between the pebbles, or did it try to stay silent and not be noticed until it was whole again and safe? The tide was on the turn, it would not have much longer to wait. Dancing Her Black Bones Home.

Ambiguity is the common thread; victims have lives and strengths, they’re not all sympathetic; perpetrators are sometimes also victims; contexts and the actions or inactions of small players can have undue impact, institutions bear responsibilities they do not always acknowledge. Nothing is wholly one thing and never another.

Prompted by Edinburgh [Book] Festival’s regular twitter challenge; a word or phrase issued each morning and a tale-in-a-tweet to be posted by evening. Small triumphs of concision composed on the hoof. 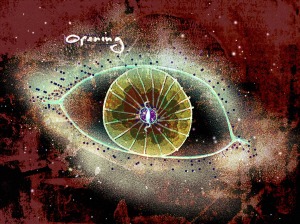 A rip in the sky, an eye. Whose God was this? Whose prayers would condemn & whose exalt? New priests find opportunity amid fear.

Birthed in superheated majesty, pounded & shaped by tectonic tides; in modern ignominy it murdered a girl who loved the wrong man.

There are 5 metatarsals in the human foot. In 2002 one of these damn near brought a country to its patellae. No sense of humerus.

Tales in a Tweet  currently totals sixty or so stories and is likely to be boosted by a further twenty plus during this year’s festival. Images take a little longer than twelve hours and will probably change. I have our local Creative Arts Group to thank for the imaginative stimulus and thinking space for these.

Post may be edited or amended over time as required.