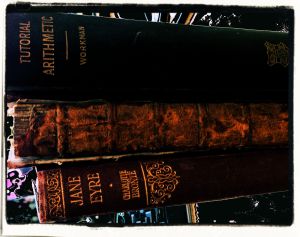 This page lists indie publications as they come to my notice. It’s not an exhaustive list, nor does a listing constitute a recommendation although, if I’ve read the book, I may also have reviewed it. Reviews will be honest but entirely personal. I am not an expert. There’s no genre selection but I reserve the right to exclude pornographic, racist, gratuitously violent, and any other material I find offensive.

Indie published works. Most recent at the top. Date refers to date listed, not date published.

Joe Lavelle: Alone with the Germans: gay tales from Berlin and beyond.

Let Me Tell You a Story – a multi-author collection of poetry and short fiction, each with its own sound track.

Derek Haines: God Has Gone Fishing – ‘An alternative history story of the collapse of capitalism’.

Linda Cassidy Lewis: High Tea and Flip Flops – published July 2015. Linda has form as a writer of good stories and authentic characters. If a bit of romance is your thing, give it a go.

Neal James: The Rings of Darelius. Darelius – a planet in crisis with its civilisation facing the treat of extinction from a virus to which it has no natural defence.

P. Spencer-Beck: Not Being First Fish and other diary dramas. “MySpace was the first real blog and these snippets are drawn from entries made during and just beyond that time. Non-fiction ‘unless you think you recognise yourself’ and then entirely so.” Available in print from Amazon UK, US, Barnes and Noble, and eBay. Also as an ePub.

Linda MacDonald:  Alone Alternative. Social realism. This is the third in a related series although all of them essentially stand alone. Available on Kindle and in print.

Cathryn Grant: Buried by Debt & The Suburban Abyss. Suburban noir. There are plenty of others so keep an eye on her page.

R.C. Wade: The 50 Megaton Tweet. A novella about the power of twitter. Available from both Amazon Uk and US on Kindle.

Linda Cassidy Lewis: An Illusion of Trust. This is the sequel to Brevity of Roses and follows relationships encountered there.

Linda MacDonald: A Meeting of a Different Kind. This is a sequel to Meeting Lydia but written from the perspective of other characters – another window on the business of re-vitalising by email, old relationships.

Vall Buss: The Silver Spindle. Sci fi written by a scientist flying under a pen name.

Cathryn Grant: Cathryn has been on a bit of a roll lately. Her most recent, Last Chance (a suburban ghost story), is just out on Amazon, but there is a whole list there – noir, suburban, ghost, and mystery.

Michelle Mina Scowcroft: Squashed Tomatoes and Stew out on Kindle. Proceeds from the first 500 sales will go to Fight for Sight which researches into causes and treatment for blindness. Michelle is a post graduate student on the Lancaster university MA in Creative Writing.

Lane Ashfeldt. Saltwater  is a collection of shorts stories about the sea which is out now on kindle. Lane has a chapter in Short Circuit, a recommended text for the MA in Creative Writing at Lancaster university. Quality, that is!

Linda MacDonald: A meeting of a Different Kind. This is the sequel to Meeting Lydia but follows characters that had more peripheral roles in that novel. Published by Troubadour, it’s available in print and for kindle from Amazon

Roger Noble: Painting the Souls of Men. Atsili Books. Roger Noble is a psychologist who worked for many years with people who have intellectual disabilities. I got his job when he left the Brighton team to spend some more time in post graduate education.

Linda MacDonald: Meeting Lydia. Matador. From Amazon UK and US. also on Kindle. Linda MacDonald is a teacher of psychology in the south east of England and she has a blog on BeckenhamTown.us

Sir Keith Pearson: Children in Her Shadow. Grosvenor House Publishing. Sir Keith is CEO of the NHS Confederation with interests in healthcare in the criminal justice system. His novel is a different thing altogether.

One thought on “Indie Authors”