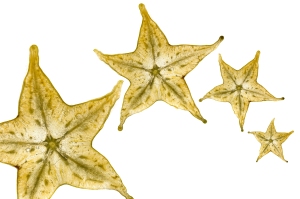 I like my sci-fi, really I do, and having been inducted at the age of eight into this genre, I am more than familiar with the essentials of pseudo-scientific terminology. Heck, I write it myself and I appreciate both the value and the pitfalls of inventing tech-speak to describe something that isn’t yet in existence.

For me, the best tech-speak conveys a sense of familiarity so that, on reading it, I have a feeling I know what this is even though that has to be impossible. The worst offers a stream of multi-hyphenated guff and tells me this is ‘normal’, as in ‘Kraark clicked into the usual teleo-spectro-binswanger protrusion and disappeared in a cloud of pre-insular tachyons‘. Come on, gimme a break!

Sadly, this sort of neologismical nightmare is often the product of minds that either are, or believe themselves to be, superior to the mundane equipment the rest of us possess. People who seem perfectly able to write a half way decent letter or report, go into paroxysms of verbiage when asked to write for entertainment. I know, I’ve done it (give or take the superior mind bit). Fancy footwork that packs in vocabulaic (see what I mean?) excess and delights the author, showy sentences that have so little redundancy of language that you need a scalpel to dissect out the meaning, and purple paragraphs that lilt, roll, undulate, and titillate with the lightness of gossamer made of fine steel, and – where exactly is the verb here? Subject or object anyone?

Well, I’ve done quite a lot of work on myself to expunge this kind of self indulgence and write so that the writing itself is not the message. I’ve learned about ‘show, not tell’, although not always to best effect when it comes to the practical, and I’ve pretty much got my clever-cleverness under control most of the time. I’ve let it off the leash a bit in this post for the purposes of illustration (so just imagine what I can do if I really mean it!) and because I believe I’ve been out garbaged by a Hugo Award nominee.

Yes. Up for a major prize. That sort of Hugo Award nominee.

Admittedly this was an audio podcast and so keeping track was more difficult as the presentation has its own pace and narrator delivery style. But even so, it was, to me, a turgid, self important, blind-em-with-science agglutination of made-up verbiage that lectured and postured its way to a blindingly obvious conclusion. But it got some good reviews, people who liked the style, people who thought it was smart and intricate. And it’s up for an award.

So what do I make of this? Emporer’s New Clothes or am I missing something maybe? I think not. I think the people who liked it have the same apparent need to show superiority as the author (this man claims to have a PhD in cognitive sciences and linguistics and to be a university academic) so their appreciation is based on a kind of intellectual snobbery. Some years ago, a one-off study showed that academics at a conference rated most highly a deliberately incomprehensible lecture, thereby illustrating what we all know to be true – no-one likes to be thought an idiot. I suspect the same may be true in this situation, pseudo-scientific twaddle being accepted on the basis of the apparent credentials of the author and rated accordingly.

So, where do I go from here then? Clever-clever comes easy, been doing it for years, and since I’ve also got a PhD handy, I reckon I might be able to knot up enough punters to get myself a reasonable, if perpetually bemused, following. But that’s not what it’s about is it? Since getting to grips with my florid and verbally dense passages, making a conscious effort at dialogue, and at least nodding towards the ‘show’ imperative, I’ve been much more satisfied with my writing and happier with the product so I’ll not be going back other than in momentary lapses and happy indulgences such as today.

21 thoughts on “Hugo Nominee – are we suckered by techno-twaddle?”