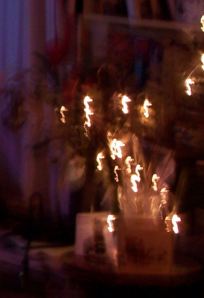 Yesterday, with Pirates of the Caribbean providing the surreal, comedic soundtrack, I was trying to write a short story without using a first person pronoun. You know the ones; ‘I’, ‘me’, ‘we’, ‘us’, those chappies. My first effort was a tricksy side step; people with an autistic condition sometimes speak in the third person and so ‘Alan wants the key’ began to take shape. Nice work, I thought to myself as I pressed a few more examples of communication disorder into service. It wasn’t though; it was cheating, a smug exploitation of specialist knowledge to fool the reader. Alan and his key got shelved and in his place came Prune-ella, Queen of the Dessert; an aging drag artist about to take revenge on the nightclub owner under the detached eye of the narrator. It’s not done yet but it has promise so I’ll be on its case pre or post David Tennant’s last ever Dr Who. But what then? Writing exercises are journals, developmental life histories, the tracks of a writer’s progress. Some are quite obviously rubbish and some will later be perceived as such with hindsight but what about the good ‘uns? Those little gems that hit the page running and deliver a complete tale in 300 words? Flash fiction publishers take stories up to about 1000 words but generally balk at anything under 500 and most of these exercises come in at 500, 250 or even fewer words. So they stay hidden away in the archives of critique groups or on the hard drive that just crashed and refuses entry to all but a twelve-year-old with a digital screwdriver and spots.

Time to give them their place in the sun, I think! I’ll be back to the Day Job next week so I know that fiction writing will lose its priority. The goals are too big, too distant and elusive while those for which I’m paid are in my face, demanding and also, it has to be said, immensely exciting. However, I reckon I could tickle out the odd half ton word count from time to time and if I did, I could put it here. You could comment or contribute if you felt so inclined; that would be a nice, community spirited sort of thing wouldn’t it? Well then, click your way to the Nano fiction page and give it the once-over. If you come back for a twice or thrice-over, I’ll be honoured.