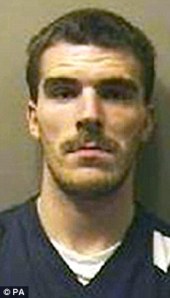 This is the man whose name I could not find. It was on a news item that preceded a programme I had recorded and I am relieved that I did not imagine it but horrified that the details were far worse than I had thought. here are some quotes from the newspaper:

‘Michael Gilbert, 26, was used as a ‘dogsbody and slave’, shackled to a bed and attacked by the group’s pet pit bulls.’

‘Mr Gilbert finally died after a new form of torture was devised, involving members of the family jumping on his stomach.’

‘They then hacked his corpse into pieces at their home in Luton, Bedfordshire, before throwing it into a lake known as the Blue Lagoon in nearby Arlesey.’

This group of individuals even invented a ‘game show’ in which people were paid to assault him, and they chased him down when he tried to escape. The police apparently felt unable to help Michael because he told them things would be worse for him if they did, an example of the application of the legislation around consent that misses by a mile the spirit that brought it into being.