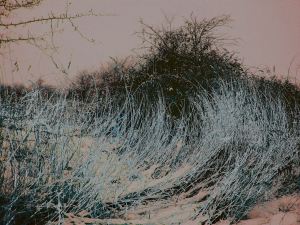 Due to an abundance of snow, and for the most part we’re inconvenienced here by even a light dusting, there has been quite a lot of down time lately. No doubt someone will mutter about the billions-worth of lost productivity and eventually we will find ourselves unaccountably responsible for the national debt due to chucking a few snowballs about instead of growling at co-workers and sending pointless emails with red flags attached. Meanwhile, in the absence of proper direction, much of the population is regressing to the year Daft and cavorting around in wellies with dogs. Any dogs will do, even if you don’t like them the rest of the year and treat them as though they will give you leprosy, because dogs go barmy in deep snow and start shoveling it along on their noses, dancing sideways across frozen puddles, and easter egg rolling down slopes.

Cats don’t. Cats sit indoors wearing expressions of deep contempt at your inability to shift the stuff. They have paraded to the back door, looked out, registered their demand, and then stalked back towards the front door where the evidence of your ineptitude is manifest – it is still there! My cats are lined up on the sofa in a collective huff. The dogs are lined up at the door looking like Santa’s just been. I’m picking up emails from my various work locations and considering a composting strategy – leave them long enough and they might turn into something worthwhile.

One email, not from work but leaking through my firewall of noble focus, told me that the first story I submitted to Critique Circle has been reviewed. Somebody drawn in by the sci fi tag had been kind enough to persevere even though it was, as I’d suspected, rather more chick-lit than High Klingon. He liked the futurismic stuff, he didn’t like the relationship stuff. He found the tech convincing but couldn’t stay with the romantic story line. He told me what I needed to know – I’ve been sending it to the wrong publishers! Of course it could be a load of old tat with no discernible plot at all but I’m thinking a female readership might get it while the men who have reviewed it didn’t. So, what publishers are there for whom a cross-genre, 5000 word product from a novitiate with no track record who’s never read romantic fiction would seem an exciting option?